A history of nursing research project funded by the RCN Foundation has documented the stories of nurses and midwives accused of witchcraft in Scotland between 1563–1732.

The Foundation awarded a Monica Baly Education Grant to a team of researchers from Edinburgh Napier University to investigate individuals recorded on the Survey of Scottish Witchcraft as being folk healers and midwives.

A team from the Nursing and Midwifery Subject Groups in the School of Health and Social Care, comprising of Dr Nicola Ring, Nessa McHugh and Rachel Davidson-Welch, investigated the stories of these individual nurses and midwives.

Together they documented the lives of almost 150 accused women and men, and reflected on their practices from today’s healthcare perspective. 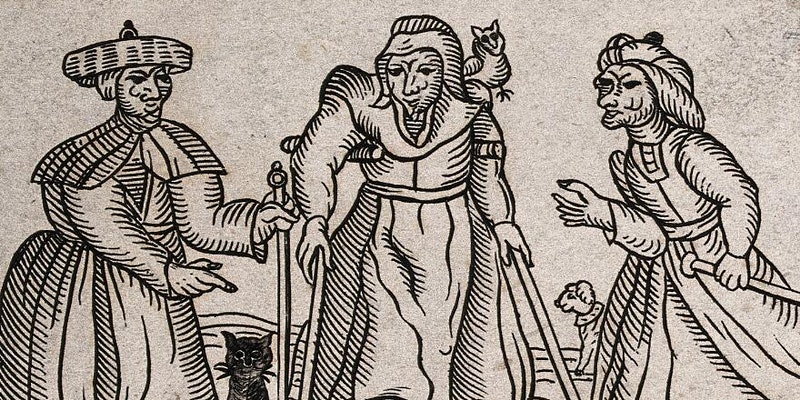 Scotland’s Witchcraft Act was introduced in 1563 and remained law until 1736. During that time nearly 4,000 people, mainly women, were accused of witchcraft.

The accused were imprisoned and brutally tortured until they confessed their guilt – often naming other ‘witches’ in their confessions. Most of those accused are thought to have been executed as witches, being strangled and then burned at the stake, leaving no body for burial.

People were accused of being witches for many reasons. Some were mentally ill, and others had land and money that others wanted. However, many of those accused and executed as being ‘witches’ were guilty of nothing more than helping to care for others during sickness and childbirth – they were early practitioners of midwifery and nursing.

This research is particularly important because these women and men are considered to be the early ancestors of professional nurses and midwives as we now know them, and they had never before been researched from a nursing and midwifery perspective.

The Witch List is a summary of the individuals studied, their personal circumstances, witchcraft accusations, characterisations and fate.

This project was the focus of the RCN Foundation Annual Lecture hosted in partnership with RCN Library & Archive. Full findings will be available after this research has been published.

“The RCN Foundation is delighted to have funded this important work, which sheds light on the criminal injustices that nurses and midwives faced as they healed the sick and helped in childbirth during the 16th and 17th centuries.

“We are very pleased that the Monica Baly History of Nursing Grant has once again funded such a meaningful project which contributes to the growing body of historical nursing research.” – Deepa Korea, RCN Foundation Director.