Three years ago, Richard was offered an opportunity of a lifetime, and with his parents’ blessing, he decided to move to California. Initially it was difficult to adjust, but he soon settled thanks to his mum and dad’s encouragement. They would often be there to offer a kind word and tell him that ‘Life is here to be enjoyed!’.

Two years into his adventure he received a phone call. His father, Roy, had suffered a stroke and was on the way to Lincoln County Hospital. He braced for the worst and jumped on the next available flight home. When Richard arrived, to his amazement, his dad was sat upright in bed joking about how someone had forgotten to turn the clocks back, so his nurses had woken him up an hour early. The family was hopeful and buoyed by his father’s resilience. They were counting down the hours till his release and the night before he was due to return, they filled the house with balloons in anticipation.

The next day they received word that Richard’s dad had tested positive for COVID-19. He sadly passed away three weeks later.

In what was such a dark time for them, Richard and his family have said they felt enormously grateful to all the nursing staff present, especially a nurse named Molly. They were tending not only to Roy, but to the whole family. Being able to stay by his side towards the end and the devotion and care the staff paid, made all the difference.

It is very hard to put into words the atmosphere that the nurses created around us. It was an honour to feel it and to witness their extraordinary humanity.

Richard travelled back to California about four months later and joined a boxing club. Roy had been a semi-professional wrestler and training helped Richard feel close to him. He heard about the opportunity to run the Virtual London Marathon for the RCN Foundation and signed up. 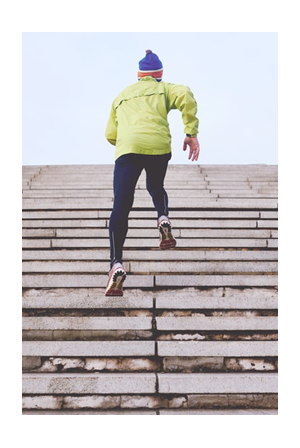 Whilst he had been boxing regularly, his running hadn’t been going to plan. On a whim he joined a training run around the block close to his gym and came in first. He later measured the distance and worked out that he would need to run 24 laps to complete a marathon.


He began a training run like any other on a cloudy day around the block. He was 15 laps in and figured that if he just kept going, he might be able to run the marathon then and there! After a few more laps the gravity of the situation set it and Richard began to feel low.


Richard’s boxing coach instilled in him the belief that ‘everything in life could be boiled down to love and persistence’. He says that he began talking to his dad on the way round and ultimately he felt like they completed the run together. It was thinking about his dad and the compassionate nurses like Molly who took care of him, that got him through.

Richard raised a fantastic £1,000 for the RCN Foundation which will make such a difference to all those that we support. Thank you to Richard, Margaret, Nicola and all his family and friends that encouraged him.


If you have been inspired by his story and would like to know more about how you can get involved, please call us on 020 7647 3645 or email rcnfoundation@rcn.org.uk