When Mary passed away in the midst of the pandemic, her children knew her well enough to know that she wouldn’t want to put people at risk attending her funeral. They felt they would honour her legacy by asking, instead of floral tributes, for donations to support nurses and midwives on the front line.

Mary Abraham was just 16 when she began her nursing career in 1948 at West Cornwall Hospital, Penzance. She worked in service of her patients until she retired in 2001 at the age of 69. Across those 53 years she enjoyed a varied and exciting career as a nurse and midwife both in the NHS and in the private sector. She actually met her husband Phil, whilst working as District Midwife at Westminster Hospital. They later welcomed three children. 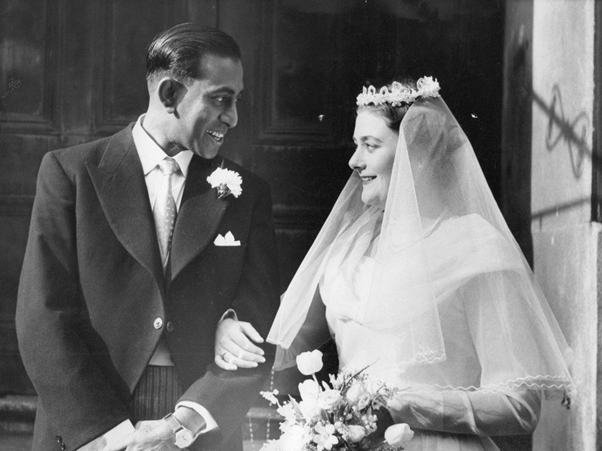 Mary’s husband sadly passed away suddenly at a young age, leaving her with three children and a low income to support them. The RCN Foundation was able to assist the family after Mary needed surgery by providing a grant to pay for convalescence. Mary’s daughter Nikki says that the family was so grateful for the support they received that when the opportunity to give back came along, they didn’t give it a second thought.


Throughout Mary’s career she was a proud member of the RCN and believed it represented the best of professionalism in nursing. She continually developed her skills and knowledge and she felt it vitally important to champion the nursing profession. She was particularly delighted with the introduction of the role of Advanced Nurse Practitioners, something she had long hoped to see realised.

Mary had a collaborative spirit, and enjoyed recruiting new RCN members and reps to the professional body. She wasn’t afraid to stand up for her colleagues and would often be on hand to negotiate with management, securing fair and workable solutions. Below you can see Mary, on the right, at her first ever demonstration as part of the local RCN branch to support and defend the NHS. 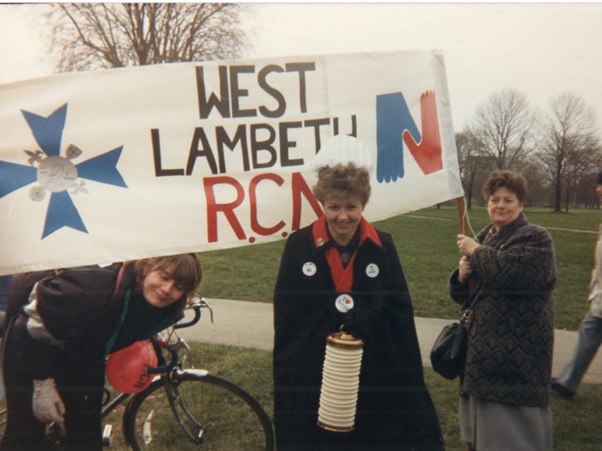 As a leading nursing professional, Mary was invited to a Royal Garden Party during the RCN’s 75th anniversary celebrations. Here she is dressed up on her way to attend! At the time she was Chair of the RCN School Nurses Forum through which she made so many contacts including health visitors, midwives, district nurses as well as school nurses across the UK. Many of these individuals are still in contact with her family today. 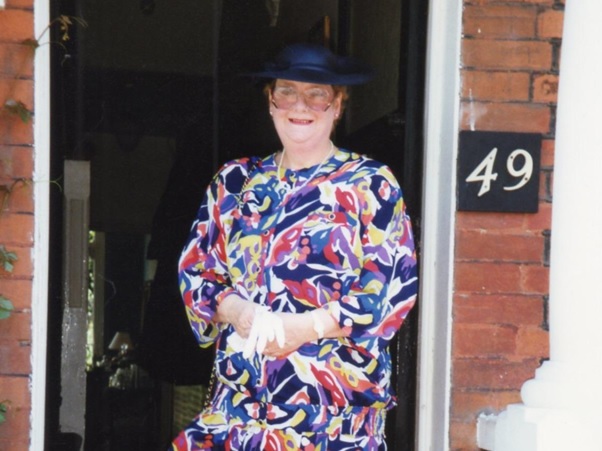 Mary’s commitment to her vocation is something her children and grandchildren are very proud of. She was often a source of knowledge for everyone in the family - including the doctors! Her eldest grandchild says she fondly recalls watching Call the Midwife with her grandmother who would point out the factual inaccuracies. Mary will be greatly missed. Her family is proud to have been able to honour her memory by supporting the RCN Foundation at this difficult time.

We are so grateful to have played a role in Mary’s nursing story. If you have been inspired by this article and would like to get in touch about making an In Memory gift, please email rcnfoundation@rcn.org.uk